OK, now it's time for the final instalment of the Nine Words saga that has been ongoing for a while. This time, the brief was to create three interactive pieces using Flash, triggered by words chosen from the nine. My AS3 programming is not very advanced so I've not been able to get as conceptual as I did with the Processing pieces, but so it goes. All three rely to varying degrees on the rather nice Hype Framework, which simplifies some aspects of AS3 to let you get going a bit more easily. Click on the pictures to play with the pieces. 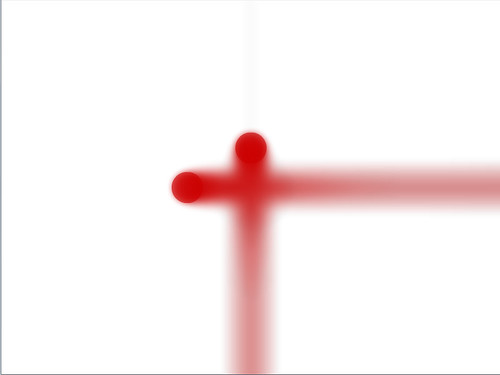 Move the mouse to control how the balls move. I was quite pleased at how simple the "physics" (such as they are) were to implement. Think of this as an analogy for life if you like... 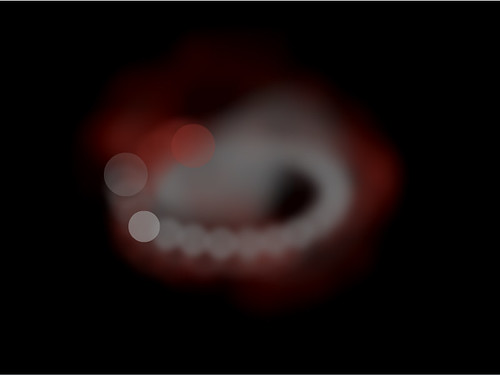 Again, move the mouse and see how the shapes react. This is an extension of one of the Hype Framework tutorials, but the springiness in the way the balls react to mouse movement is very engaging to me. 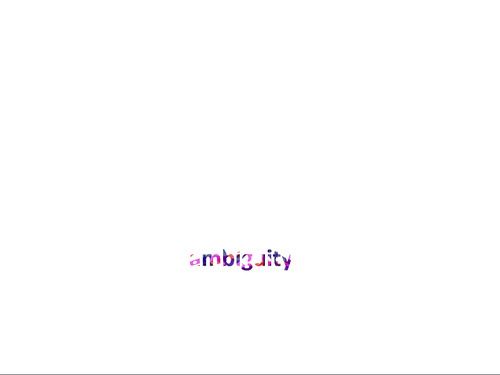 This is ambiguous on a number of levels: what do the words say? What do they reveal? How do the different parts react to the movements of the mouse? I've applied the movement principles from the previous two pieces to the different parts here which creates an intriguing and sometimes frustrating interface. This piece needs more on the stage than the other two which can be entirely scripted, thanks to the masking used. I plan on getting my head into a bit more AS3 so maybe I'll revisit these and rework them a bit. Maybe...